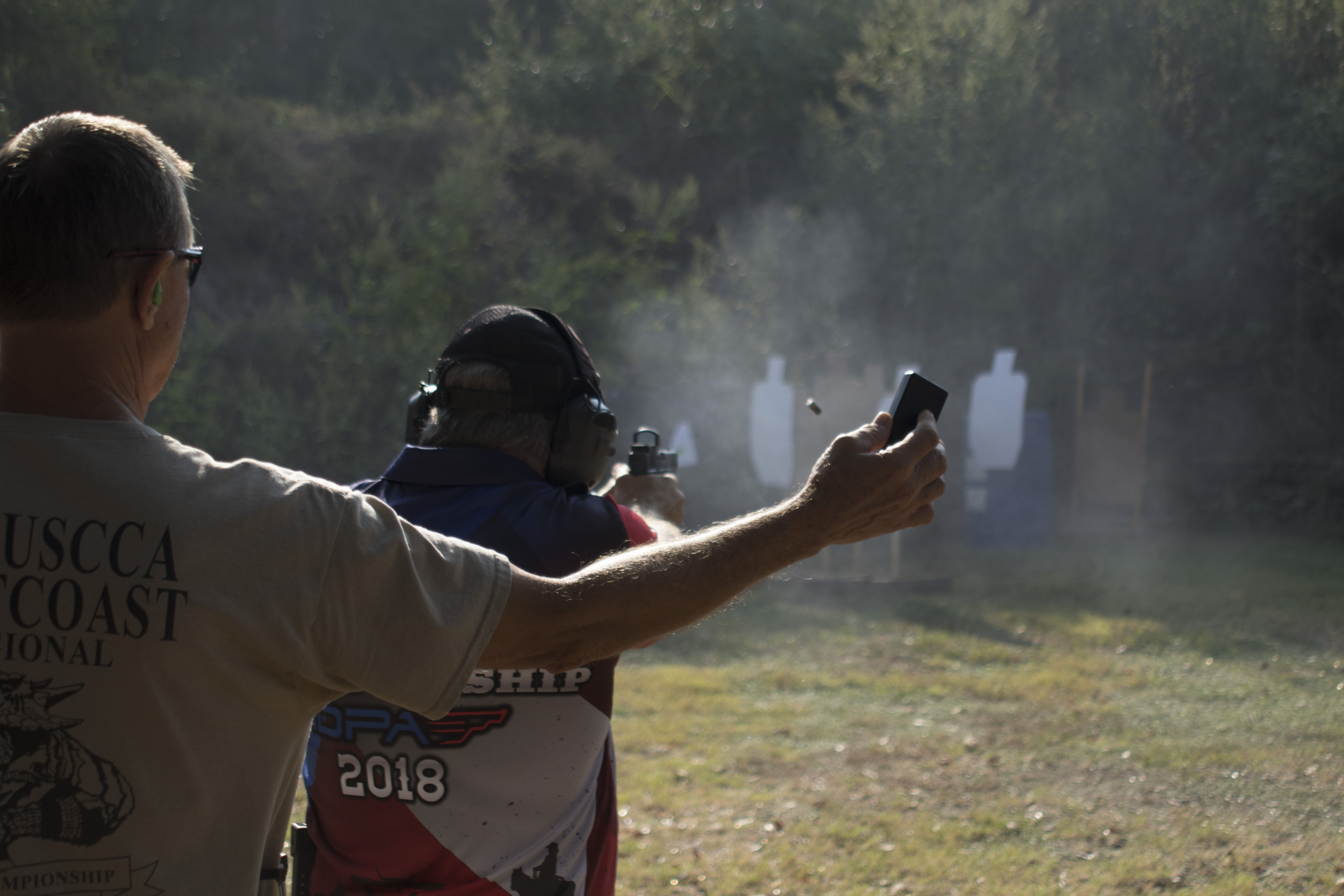 I was floored by my first Tactical Games Skirmish experience in September 2019 and wanted to “get out the word” on this “new” type of match. I wasn’t sure how to do it justice so I needed to revamp this page. I have since photographed four of the Games (at Triple C Range in Cresson, TX) and have a better idea of what is going on here.

The Tactical Games Skirmish is the brain child of Tim Burke in Lakeland, FL. Tim is a 24 year US Army veteran with real life battle experience. Tim saw a HUGE gap in shooting sports and came up with the Tactical Games to fill that gap. The Games are more than a shooting match, it is all about being combat ready by combining physical fitness with shooting. The “stages” are called “Battles”, not “strings” or “stages” for a reason.

The competitors aren’t just “shooters”, they are “athletes” or “warriors”. They are fit. They are tough. They finish what they start. They see it through. The battle isn’t over until the battle IS over. The hashtag is #nooffseason says it all. If SHTF we wouldn’t have the luxury of digging out our rain gear, we’ll get wet. If it is hot, we’ll have to deal with it. If it is cold and snowing, guess what? These guys don’t run around the mud, they run through it.

The Games are in a few states, Mississippi, Georgia, Cresson and Burnet, Texas, Florida, South Carolina, New Mexico, California and, Pennsylvania. Check out the Skirmish Calendar at TheTacticalGames.com.

Being in the DFW area, my “go to” Skirmish is at Triple C Range in Cresson, TX. The Games are usually held on the third Saturday each month. Check their website for more info: TripleCRange.com. I’m looking forward to the July 18 & 19th Tactical Games Skirmish at Triple C Range. I’ll be hitting more events next year in a couple different states.

Even though this IS a competition, there is a lot of comradery and encouragement for each other. The Squads all start together. Each athlete has their own “Judge” who keeps time and keeps them going for them at each battle. The “Judges” are other athletes that are also competing. Everyone is engaged. Did I mention that the whole squad runs at the same time AND shoot at the same time as the rest of the squad. Yeah, let’s add dodging the rest of the squad’s hot brass to the matrix!

Back to the Games. Each Battle starts with a physical challenge. It could be a run, fireman’s carry, sand bag carry, rope climb, weight sled drag, weight “wheel barrow” roll, wall climb, you get the idea. Follow that with a “short” run to the firing line. Now, with your heart rate is over 180% and your breathing is kicking your ass, it is time to shoot

Now it is time to shoot multiple targets, from different positions, at different distances, in sequence, all with an AR type riffle and a pistol. Mag changes. Gun swaps. Different targets. Different shooting positions. Run back to the start line, start the next physical challenge then back to the fire line and shoot some more. Back to the start and so on…Oh, by the way, you may be shooting from the ground, under/around/through a barricade, off a platform, from a bus, from a rail car, from a helicopter…

I have been using “guys” to refer to the athletes, mea culpa, ladies. The women who are part of the Games are AMAZING. No quitters here. Some are into Cross Fit and also compete in Spartan Games, USPSA and Multi Gun Matches. And, they can SHOOT! I think that they keep the “guys” from giving up. Over all the athletes come from a wide swath of daily life. ALL of them have drive and dedication to COMPLETING, not just competing.

Each warriors need to be in condition to run cross country, traverse obstacles, climb a rope, carry upwards of 95 lbs-all while wearing as much as 70 lbs of gear, carrying a pistol, rifle and 4 magazines of ammo for each, and THEN shoot accurately with a pistol and a .556/.223 or larger long gun with minimal optics or iron sights (usually an AR-type build) at various distances. The battles are different every month. You can’t game it, and these warriors wouldn’t.
A couple years back, I started out on the shooting range phase of my photographic journey in the DFW area. Mindy Kay Ray (firearms instructor, 3-gunner, and friend) told us about a new match that she was participating in that just had to be seen to appreciate. The Tactical Games did not disappoint. I was floored … at the level of athlete/warrior’s endurance and marksmanship and at their dedication to and putting the “sport” in “shooting sports”.

The Games are in a few states, Mississippi, Georgia, Cresson and Burnet, Texas, Florida, South Carolina, New Mexico, California and, Pennsylvania. Check out the Skirmish Calendar at TheTacticalGames.com.

Find out more about the Tactical Games Skirmish at TheTacticalGames.com.

If you think you have what it takes, sign up and we’ll see you out there.

Do you need a new website, custom email or hosting?
BigRoadHD.com has you covered.